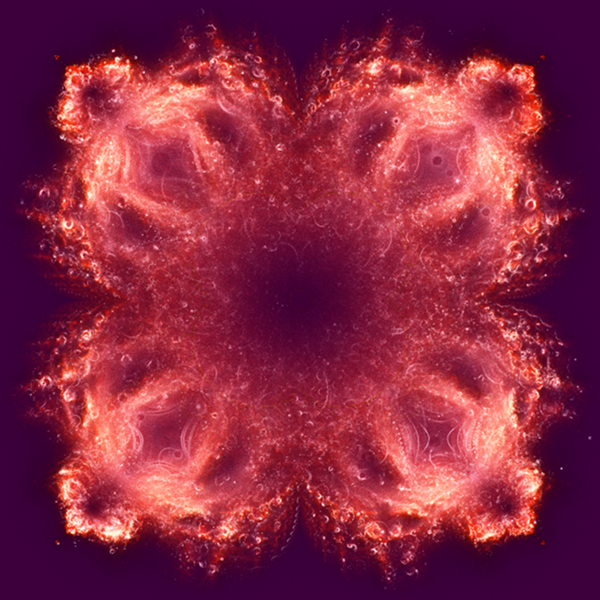 This is a nebulabrot rendering of the function \[z_{n+1} = z_0\left(\cos(z_n)+\cosh(z_n)\right).\]The usual cosine function and the hyperbolic cosine function are closely related—they deform the complex plane in a similar manner, but at right angles to each other. Hence there was reason to expect that they might interact nicely to create a symmetric set when used to generate a Mandelbrot-style set.

The color scheme was chosen quite intentionally for some friends who are getting married in two weeks. Oddly enough, I took my first statistics class from the bride more than a decade ago, though I didn’t get to know her socially at the time. Several years later, when my wife started working at her current job—in the same office as the bride—I discovered that the two of them had known each other for years and were good friends. Small world, no?