A friend and I drove out to Joshua Tree National Park last night to look for the comet NEOWISE. I took a few pictures with my phone (it is rather impressive what consumer-grade electronics can do these days…), which I’ve posted below. All of the images are clickable for larger versions.

The view to the west, towards Los Angeles.

The two bright objects on the right are Jupiter (higher and brighter) and Saturn (lower and dimmer). A car drove through the frame while the image was being produced, which produced a fun light trail.

Jupiter and Saturn again, this time against the backdrop of the Milky Way. 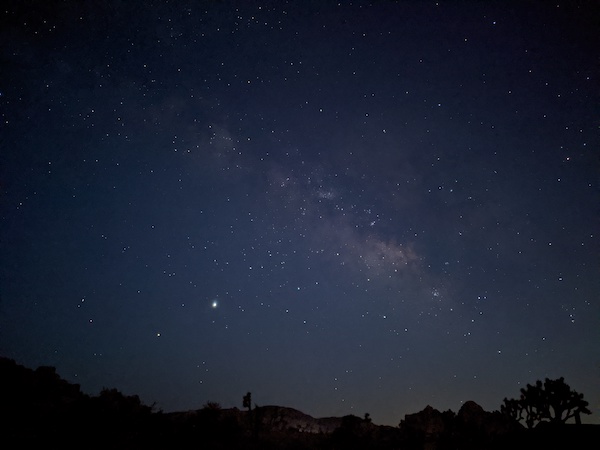 The first picture of the comet I managed to get, just after the sun set. The comet is just over the Joshua Tree in the center of the frame.

The comet again, from a slightly different angle. 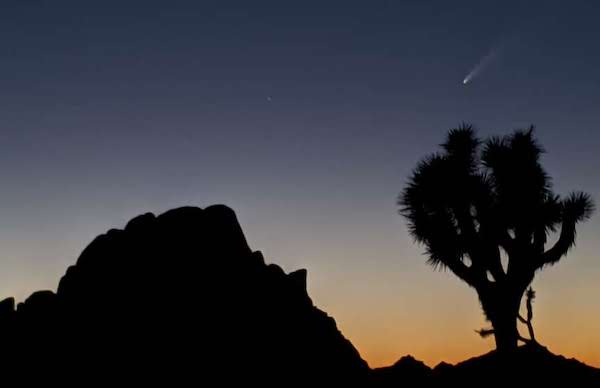 As it got darker, it became easier to see the comet. Here is is again, closer to the horizon, with the last little bits of sunlight coloring the sky. 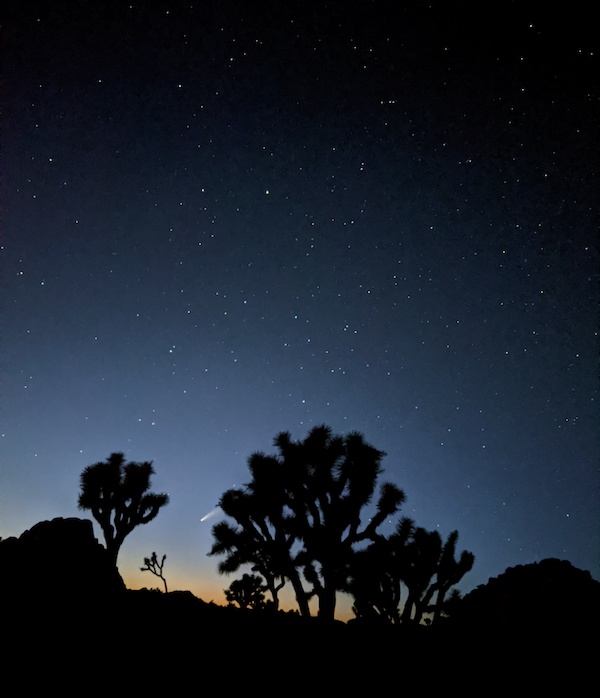 Here, sunlight is replaced with skyglow from the Los Angeles area.

This entry was posted in Science and tagged astronomy, NEOWISE. Bookmark the permalink.