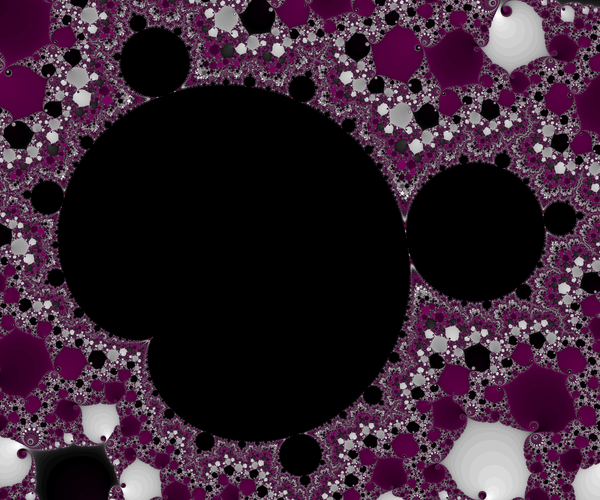 Finally, as a general note, this image is centered near \(0.257+0.001i\), and measures less than 0.00002 units across. This is near the end of elephant valley. If you look very carefully, you may be able to spot a few elephants, though the color scheme I chose does a fair job of camouflaging them.