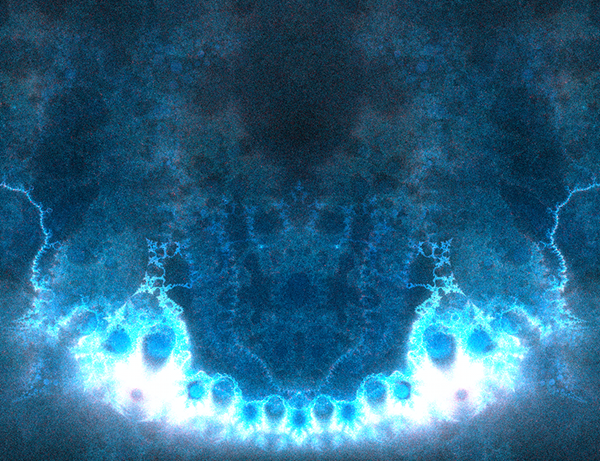 A total of approximately 700 million exposures were made, for a total render time of about 3 days (this was somewhat parallelized—each of the layers was rendered on a separate core, and so the actual render time took as long as the most difficult to render layer; about 36 hours).

After processing the image, I noticed that the region shown above looked a bit like a skull sitting on an altar of candles (pareidolia, anyone?). Perhaps it would be better for Día de Muertos, but that is months away, and the image was ready to go this morning. ;)

The full-sized image is, if you ask me, also quite stunning. It is a bit large (23 MB), but worth it. Click the thumbnail above to see it.