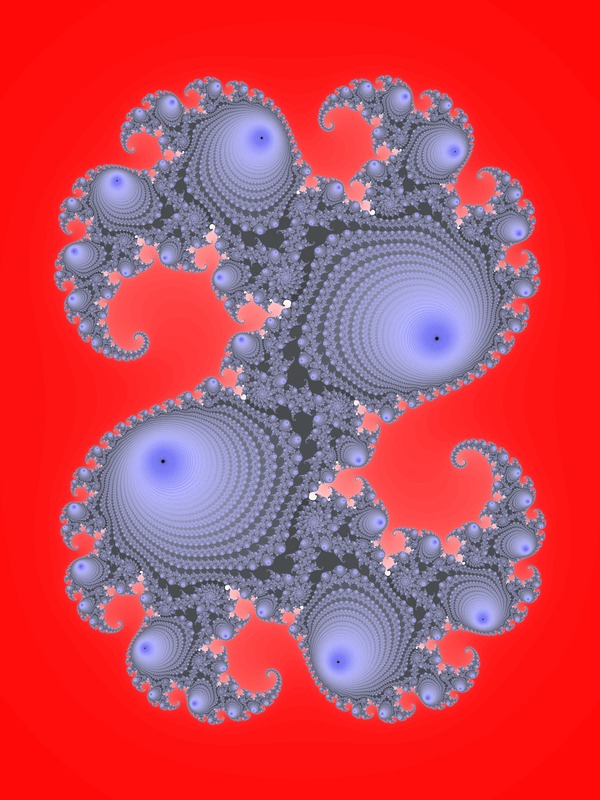 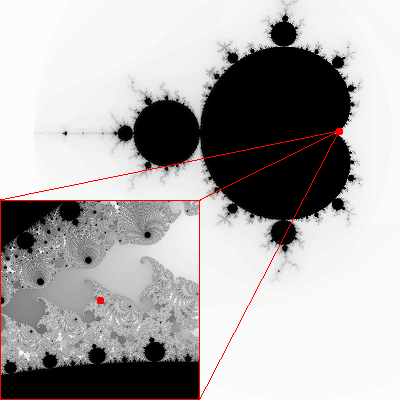 The constant comes from Elephant Valley, so it should come as no surprise that the structures of the Julia set at this point look like elephants. The Julia set reproduces the parade of elephants that can be found in the Mandelbrot set, but does so with a rather nice symmetry (perhaps suitable for the back of a deck of cards, or some similar application).

Another feature of note are the black dots on the “backs” of each of the elephants. The point described above is very near to the boundary of the Mandelbrot set, but is not actually in the Mandelbrot set. This implies that the associated Julia set will be disconnected. In fact, it is utterly and completely disconnected, being made up of a collection of discrete points, which Mandelbrot referred to as “dust.” It may look like there is a little disk of black at the heart of each elephant, but, in reality, this is a result of the generating program simply giving up after a certain number of iterations (8,192, to be exact). Each one of those little black disks represents a single discrete point which is a member of the Julia set.