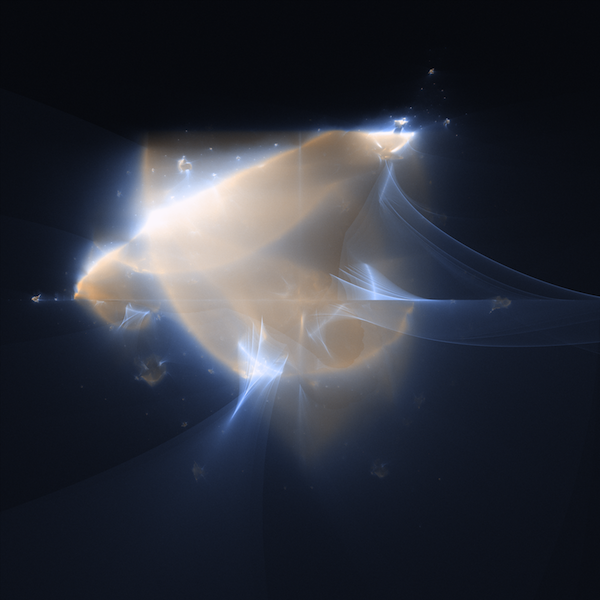 The rendering technique used to create Buddhabrots can be applied to many functions, and renders quite a few interesting results. Today’s image uses this technique to examine the function \(z_{k+1} = (|\Re(z_k)|+i|\Im(z_k)|)^2+z_0\) (where \(\Re(z)\) is the real part of \(z\), and \(\Im(z)\) is the imaginary part of \(z\); e.g. if \(z = a + bi\), then \(\Re(z) = a\) and \(\Im(z) = b\)). The fractal associated to this function is called the “Burning Ship,” which lacks the symmetry found in many of the fractals in the family of sets including the Mandelbrot set. Another writer has pointed out that this lack of symmetry gives the resulting render a much more natural appearance than the Buddhabrot—without a priori explanation, one might be convinced that the nebula above came straight from Hubble.