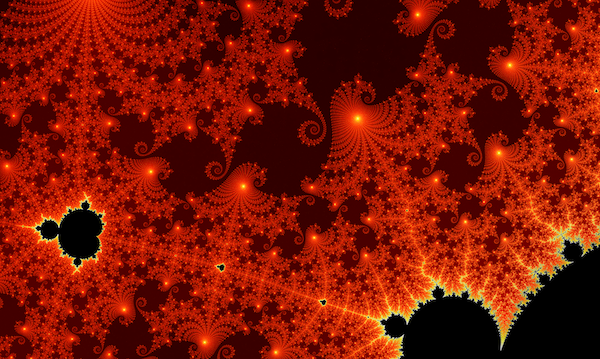 As previously discussed, there is a region of the Mandelbrot set centered near \(0.75+0.10i\) called Seahorse Valley. This region, characterized by loops and spirals which resemble the tails of seahorses, is highlighted below. 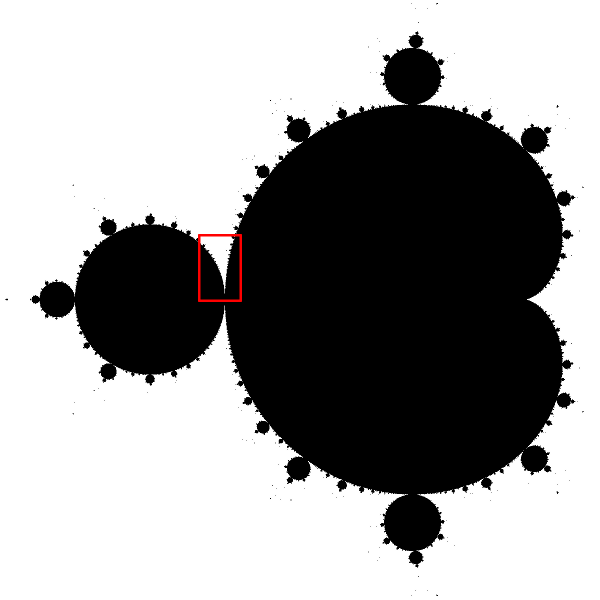 The image at the top of this post is something that we might find. There is a minibrot centered near \(-0.733+0.288i\). If we zoom in on the Seahorse Valley of that minibrot, we may eventually find the region pictured above (as always, click for a larger version). It looks similar to the familiar Seahorse Valley, but the seahorses themselves are a little mutated—rather than having a single tail, they have two tails. In the Mandelbrot set, it is often the case that if we see a feature at a large scale, we will see similar features at a smaller scale, but repeated.