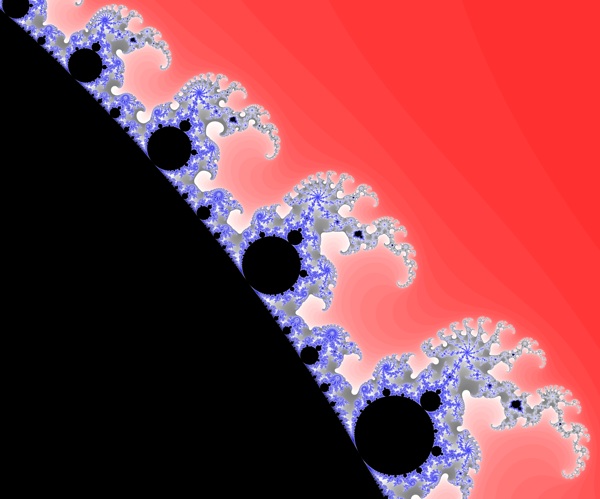 Click the image above to obtain a larger version (approx. 9 MB).

This week’s image is from a section of the Mandelbrot set known as Elephant Valley. Elephant Valley lies near the positive real axis (i.e. the x-axis) in the complex plane, and is so named because the figures along the border of the Mandelbrot set in this region resemble elephants. There are a couple of interesting features that are worth noting. First, each elephant seems to be standing on a black ball. These balls all look about the same, which demonstrates one of the defining features of a fractal, i.e. self-similarity.

Finally, once again examine the larger image. Look at the balls that the elephants are standing on. There are more elephants! Moreover, these little elephants have much the same property as the ones discussed above—they are made up of elephants upon elephants. Once again, we can see the fractal self-similarity.